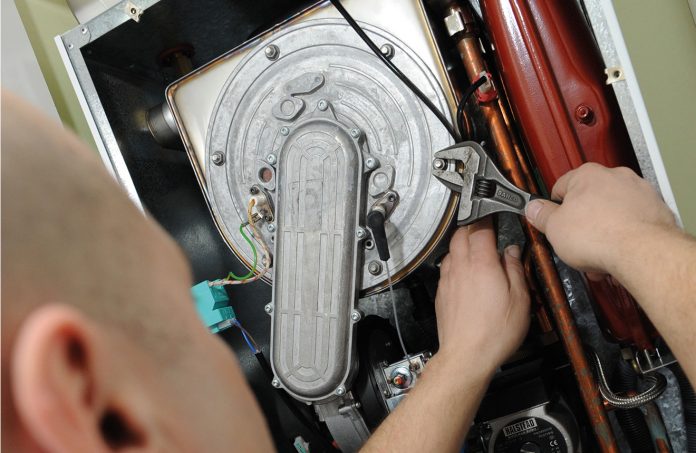 Another PLUMBEX, another busy and productive couple of days for Ireland’s top heating and plumbing firms. Unusually, attendees at this year’s event in Citywest Hotel were joined by journalists from RTE radio, who were interested to hear the industry’s thoughts and opinions on the government’s proposals to phase out oil and gas boilers, included in the government’s new climate strategy.

The plan is set to affect almost every aspect of our daily lives including transport, single-use plastics and private pensions, to mention just a few. Large sections of the plan also deal with home construction, renovations and retrofitting, stating that there is a need for a “major house retrofitting programme in the Midlands.”

The installation of oil boilers is also set to be banned from 2022 and gas boilers will be outlawed from 2025 in all new dwellings. Plans will also be developed for ways of having oil and gas boilers replaced in existing homes, but no new regulations will be introduced before 2026.

It’s a well-documented fact that home heating produces around 10% of Ireland’s carbon emissions. The decision by government to phase out domestic heating boilers probably isn’t a surprise to many but it’s still a move that will have a huge effect on installers and a knock-on effect on the overall industry. RTE journalists spoke to both sole traders and companies involved in the industry at PLUMBEX.

The overwhelming sentiment was the same; adapting to newer technologies such as heat pumps is a costly and time- consuming process and for some who have been in the industry for several decades, it may be too difficult a transition. Ken Laurence, a registered gas installer, said; “Continuous training, registration and insurance are very expensive so already, we’re spending vast amounts of money to keep up with the industry. I’d say the last 10 years has easily cost me about €20,000, just to be a gas installer.”

There are about 3,000 registered gas installers in Ireland, many of whom are sole traders. Approximately 40% of Irish homes have oil-fired boilers so for firms like Firebird Heating Solutions, the consequences of a phase-out could be negative. “A ban on oil would be disastrous. There’s about 300 people making these boilers in Ireland so they would also feel the repercussions.”

According to Keith Scully, Grant Engineering, the knock-on effect would be significant. “We are heavily reliant on oil boiler manufacturing. If you can’t sell oil boilers, you can’t make them so it’s going to be a huge black hole in the Midlands for us as well as for some of the other boiler manufacturers. Even oil delivery guys will be impacted.”

Heat pumps can be installed into new homes but they work only in well-insulated buildings. Pat Barry of the Irish Green Building Council says that older houses will need significant investment in retrofitting. “In order to make your house heat pump ready, you have to do a lot of work in existing homes before the heat pump will operate efficiently. So, as part of the preparation and transition, we have to start a massive renovation programme of all our homes.”

There’s no doubt that a complete transition to more energy-efficient heating systems will take several years. That time should allow installers to retrain and adapt to a new, greener environment but that retraining will require considerable government help. Whether that funding is made available or not remains to be seen.