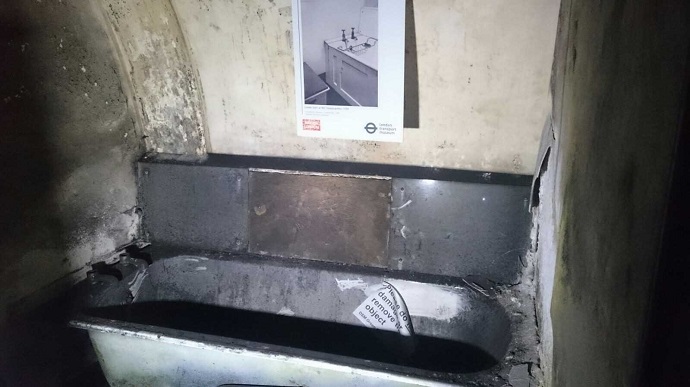 Winston Churchill loved a hot bath, and ensuring he could still enjoy one while leading the war effort was seemingly one of his top priorities when creating his bunker in Down Street underground station 80 years ago.

The former Prime Minister’s Heatrae Sadia cylinder has been uncovered deep below the streets of Mayfair and is on display as part of a Hidden Spaces tour of the disused site. The cylinder was fitted into a part of the station which would have been reserved for Churchill and members of the Railway Executive Committee at the start of the Second World War. It powers a bath that the Prime Minister would have personally used during his time underground.

Down Street, which closed as a tube station in 1932, had space for meeting rooms and offices where the Prime Minister would co-ordinate the start of the war effort before the completion of the cabinet war rooms, which would later become central to the war effort. It has been left relatively untouched in the streets below Mayfair during the post-war years.

Churchill spent 40 days in total sleeping in the shelter during the blitz. The cylinder is accompanied by luxury bathroom facilities which would have given Churchill a place to relax during the war.

How long it remains in situ for is still to be determined, as Transport for London look to find a new use for the station and its underground passages.

Richard Newman, Senior Product Manager at Heatrae Sadia, said, “Heatrae Sadia water cylinders have been a part of British life for more than 95 years and we were fascinated to discover that this unit was hidden deep below London in such an historically important location.

“Our cylinders have been providing fast-flowing hot water for generations and our new models continue this tradition, while being some of the most energy efficient products on the market.”