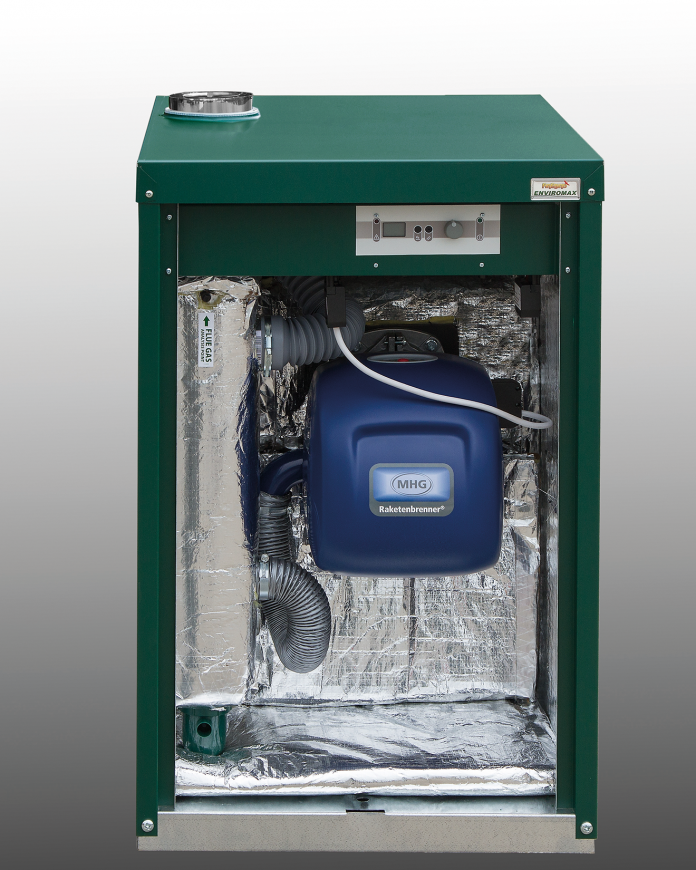 Any major shake up to an industry is usually brought about by a significant change in legislation. This is no different for the heating industry, where the greatest impact is still to be felt with the second phase of the Eco-design Directive (EU813/2013) not far away. New requirements on flue gas emissions state that from September 2018, harmful NOx emissions from domestic oil boilers must not exceed 120mg/ kWh.

Nitrogen Oxide emissions – or NOx emissions as they are more commonly known, is the general term relating to the release of Nitrogen dioxide (NO2) and the chemically related colourless gas nitrogen monoxide (NO).

ECODESIGN
These gases are released into the atmosphere when fossil fuels are burned. The limit on NOx emissions produced by oil boilers is outlined in the Ecodesign Directive. This legislation governs the design and performance of energy-using products to reduce the amount of energy consumed and the subsequent impact on the environment.

The principle of Blue Flame technology is simple and is demonstrated by the blue burner range that Firebird has adopted for its Blue Supreme boiler range. Heating oil is converted to a gas at high pressure, through a high tolerance nozzle (using the thermodynamic premixing principle). This is then pre-mixed with the air required for

Combustion via a special mixing system diffuser. The perfectly homogenised air/fuel mixture is directed into the centre of the intended burning zone prior to ignition and the flame produced is channelled down the burner tube to form an intense, elongated flame. A percentage of the hot combustion gasses produced are then re-circulated back through slots in the burner head, where a degree of integral re-burning takes place. The intensity of the flame and the re-circulation process burns off high concentrations of NOx that are usually generated in the combustion process. The result is a reduction in NOx emissions; a substantial reduction in oil consumption and a soot free Blue Flame.

A common assumption is that Blue Flame technology has only been developed in response to these pending changes in legislation, when in fact it has been used throughout Europe for over 30 years. It is widely understood that the principle is based on knowledge taken from the space industry. The first Blue Flame burners used by Firebird were developed by German manufacture MHG Heiztechnik GmbH. Firebird has worked in partnership with MHG for many years and together developed the first mainstream Blue Flame oil condensing boiler (the Blue Supreme Range) in Ireland which has been available for over three years. Utilising the revolutionary third generation MHG blue flame burner, application figures from the field have shown NOx levels produced to be as low as 65mg/ kWh – nearly half the 120mg/kWh limit for 2018.

STANDARDS
The Blue Supreme range of domestic oil condensing boilers from Firebird exceeds the standards of the Ecodesign Directive in terms of lower emissions while achieving high seasonal efficiency ratings.

The Firebird Blue Supreme range is available in outputs of 20 and 26kW with utility, external and boilerhouse options. Firebird also manufactures the Enviroblue range of domestic oil boilers which features the Riello RDB BLU burner option. The Enviroblue range is available in outputs of 20 – 35kW and a wide range of internal and external model options with higher outputs to compliment the range anticipated for 2017.