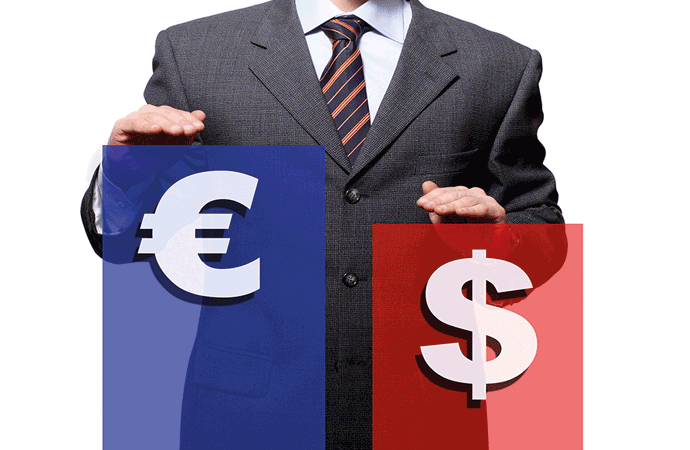 When a tweet from Trump or trepidation from Theresa can send markets spiralling out of control, prices of plumbing and heating products are undoubtedly be affected.

The plumbing and heating sector is truly international, with products being manufactured using materials from all over the world. While the focus on the price of copper is not what it once was, it still remains a perfect reflection of how our industry can be affected by international affairs.

The wailing and gnashing of teeth over Brexit coupled with Donald Trump’s election success in America have sent shock waves around the world. From a business perspective, however, it is the uncertainty that these two events have created that is making life difficult.

While the UK Government continues to debate how, when and in what matter exit negotiations with the EU should even begin, Northern Ireland awaits news of what sway the First and Deputy First Minister will have with Theresa May that will protect the province’s unique position as being the only part of the UK with a land border with an EU country.

That is set against the backdrop of Trump’s transition to power after his recent inauguration in January.

Within this vacuum and without any real clarity, vital decisions on investment and new projects have been largely put on hold. Some of the major PLCs have been restructuring while the changes have placed pressure on the independents.

As firms decide whether or not to stick or twist, this will eventually change. But, in the short term, the emphasis is very much on a volatile currency market and how it is affecting product prices. And the bad news is that prices are going up.

Copper prices have been running at a five-year global high and nickel and lead are very much following suit. The London Metal Exchange (LME) is the global benchmark for base metals and it isn’t offering any real signs of hope. With question marks over the Chinese economy and South American mines rightly or wrongly blaming Trump for a slow-down in production levels, the LME remains nervous.

With so many products in the plumbing and heating sector including some level of metal content, these global trends have left the sector exposed.

Manufacturers have been issuing warnings about price increases, leaving merchants across Northern Ireland with a lot to weigh up. Unsurprisingly, no one can expect the merchant supply chain to be in a position to absorb ever-increasing costs on everything from copper tube to boilers. Regardless of the product, virtually everyone will see prices increase.

With no real stabilisation in sight, these internal debates will continue. Some manufacturers are offering a compromise of applying a temporary price surcharge that can be removed, or at least reduced, should the market settle down. Others have simply been putting prices up. Either way, merchants have had to make the difficult decision to increase costs.

It’s not just metal prices, however, that are causing problems. Whilst the Eurozone has a bearing on the plumbing and heating industry’s supply chain, the world trades on the Dollar and as it fluctuates the global currency market will continue to hit every sector.

For manufacturers, merchants, installers and end-users there is little that can be done to influence this chain of events, other than to put faith in the world’s politicians that they will realise that stability is the key to success.