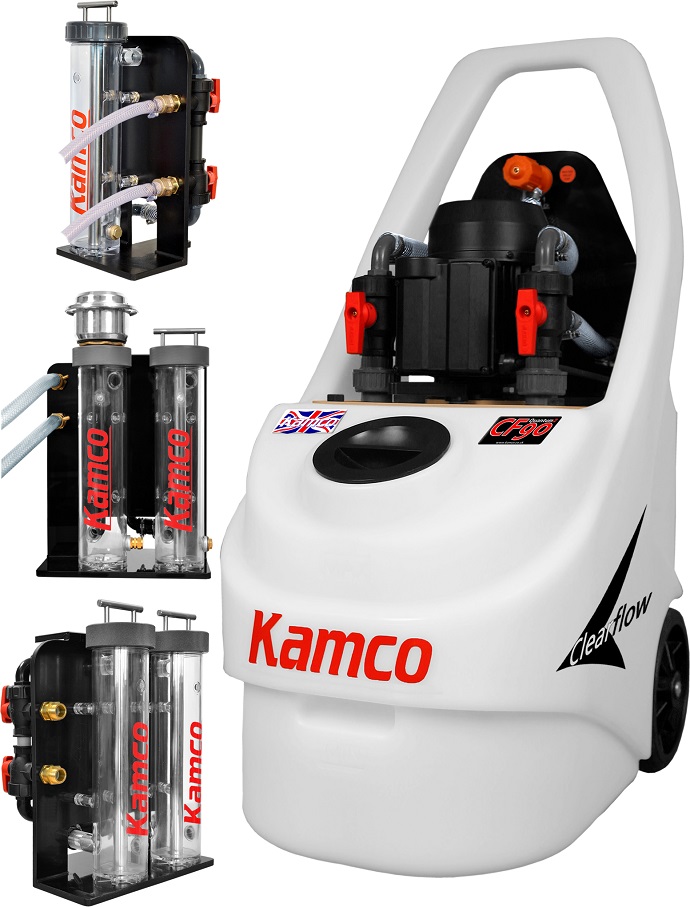 With the rapid growth of magnetic filter technology now being used to protect domestic properties, some engineers are asking, “Do we still need to power flush? Why can’t we just use a magnetic filter?”

This presumption seems plausible, but it ignores the fact that system water has been circulating in one direction since installation, and that standard system pumps are designed for relatively low circulation speeds, which can only move small particles. Heavier debris has little incentive to move, so it settles and compacts in areas of low flow, ie radiators.

Magnets can only collect passing debris, so accumulated deposits will remain static within radiators and pipework, diminishing the efficiency of the system, until forcibly encouraged to move.

Kamco’s own research has confirmed that successful system cleaning is best achieved by moving water as fast as possible through a system to mobilise and transport debris to a point where it can be discharged to waste, ie hydro-dynamic cleaning (better known as ‘power flushing’). The higher the velocity, the better the effect.

Conversely ‘hydro-lethargic’ flushing, using only a magnetic filter and the systems own pump, might seem tempting as a cheap, labour-saving proposition, but it is simply no substitute for the proven technique of hydro-dynamic flushing when it comes to a thorough and effective system cleanse.

Kamco’s Clearflow CF90 Quantum2 power flushing pump boasts double the flow rates of most pumps on the market, removing more debris in less time. Optional accessories, such as Kamco’s range of CombiMag magnetic filters, can reduce flushing time and provide an excellent visual aid to show householders exactly what is being removed from their system.