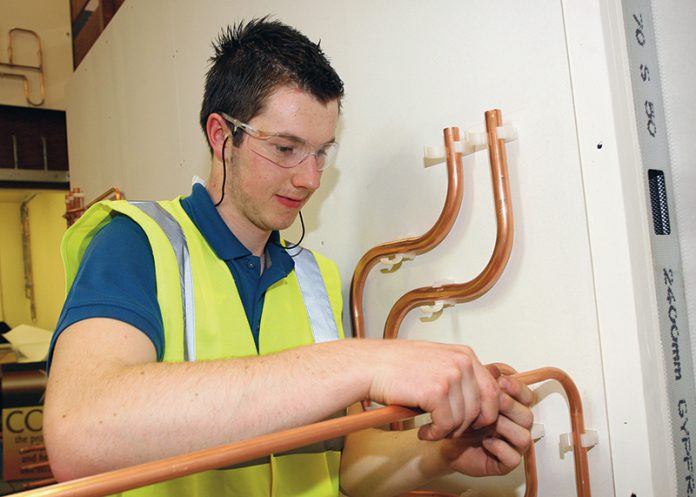 A previous winner of ‘Apprentice of the Year’ at Northern Ireland’s Plumbing & Heating Awards 2014, Gary is one of seven talented young people from Northern Ireland to be selected for the UK team, which also includes Chris Bailie, from South Eastern Regional College, who has won through in the refrigeration category.
WorldSkills, the skills equivalent of the Olympics, is the largest international vocational skills competition and will take place in Sao Paulo, Brazil from August 11-16 this year. Held every two years, the competition sees around 1,000 young people aged 18-25 from around the world come together to compete for medals in more than 45 different skills.

Welcoming the announcement of Team UK, Employment and Learning Minister, Dr Stephen Farry, said, “Northern Ireland’s strong representation on the UK Team clearly demonstrates the high calibre of our young people and the high standards of technical and professional training in our colleges and training organisations. As a small region, it is particularly interesting to note that we have the highest representation on the UK Team of all the UK regions. It is very telling that Northern Ireland, which accounts for less than 3% of the UK population, accounts for over 17% of Team UK.”
Barry Neilson, Chief Executive of CITB NI, said, “Many of these competitors have come through the Skillbuild NI competition and have won medals showcasing their skills in their trade. They have then gone on to train further at a UK level and now at a world level.”
W: www.worldskillsuk.org