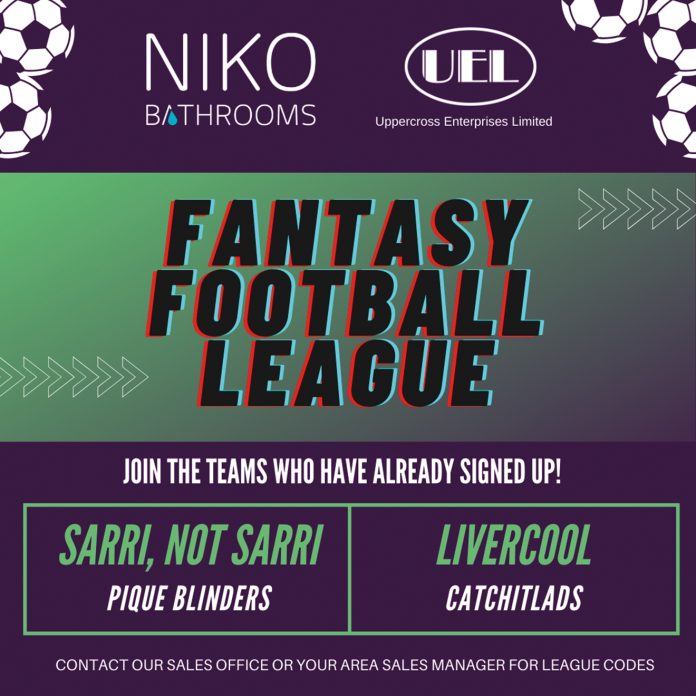 This proved extremely difficult as it upset the entire culture of how their sales force operate and interact with their customers.

As some of the restrictions were lifted in the past couple of months, they decided something had to be done to try and lift the spirits of their customers and employees.

“We came up with the idea of creating a Fantasy Football League which is based from player performances in the English Premier League, then your team is awarded points depending how the players on your team play,” says Sarah O’Loughlin, Marketing Manager at Uppercross Enterprises, “Our league name is ‘Niko/Uppercross 2020’, and our scoring will start from game week two (19th September).”

The league will see their customers make one team per store and compete against each other. The employees of the stores build a team with a budget of €100 million of fantasy money. The store with the most points will win a One for All voucher at the end of every month worth €100 and then the overall winner will win a €500 voucher.

“When we first released the news to our sales force they immediately wanted to join the league, but this would have defeated the purpose of the customer league as we have some serious fantasy players among our ranks! So, we built an internal league where all our employees can join and compete for similar prizes.”