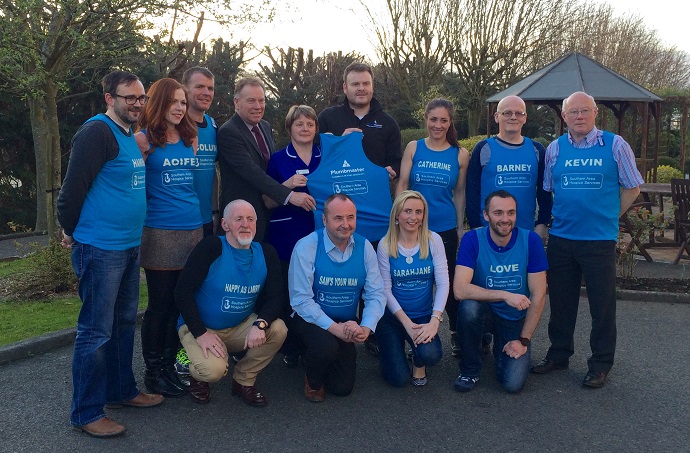 The runners have been busy over the past number of months raising funds as well as keeping up with rigorous and time consuming training schedules to ensure they are fully fit when they join thousands of runners from all over the world on the start line in London, one of the world’s most popular marathons.

Speaking about their sponsorship, Stephen Rooney of Haldane Fisher, Associate Marketing Director, said, “We have a long standing relationship with the Southern Area Hospice and are delighted to once more sponsor their running vests for the London Marathon, this time under the Plumbmaster brand, our new specialist division for the Plumbing & Heating Sector. We would like to take this opportunity to wish the team the very best in London.”

Southern Area Hospice Services would like to thank the group for their fundraising efforts over the past number of months and wish them well as they take on their challenge.