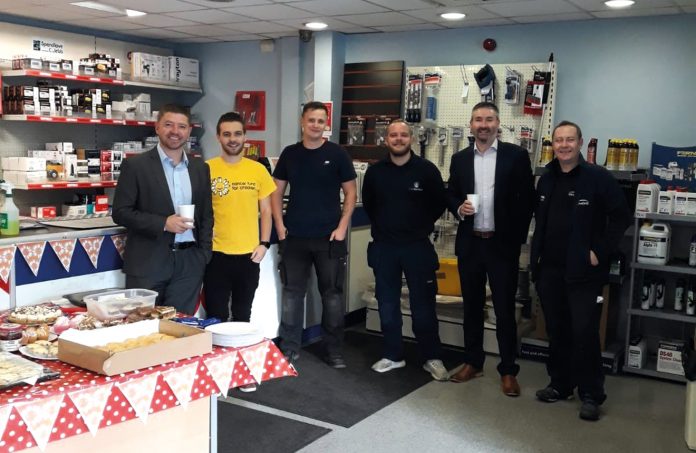 PTS has announced a new charity partnership with the Cancer Fund for Children.

The leading plumbers’ merchant has enjoyed another successful year and remains committed to playing its part in the local community by raising money for charity.

“We’re delighted to be able to support the important work of the Northern Ireland Cancer Fund for Children,” said Barry Lowe, Area Sales Manager, PTS. “In recent years we have tried to do as much as possible to help local charities and in 2019 we aim to build on that. We have already installed confectionary fridges in all our branches were customers can pick up a quick snack by making a donation and all the money raised will go to the Cancer Fund for Children.

“Our community football tournament for kids will return next year and we also have a few other ideas on how we can raise money for this worthwhile charity.”

Given the number of events the team has completed this year, that will be a tough act. Staff took part in the Belfast marathon, a Bog Run, a cycle to work scheme and hosted events such as the community football tournament a coffee morning and a golf day to raise money for a wide range of charities.