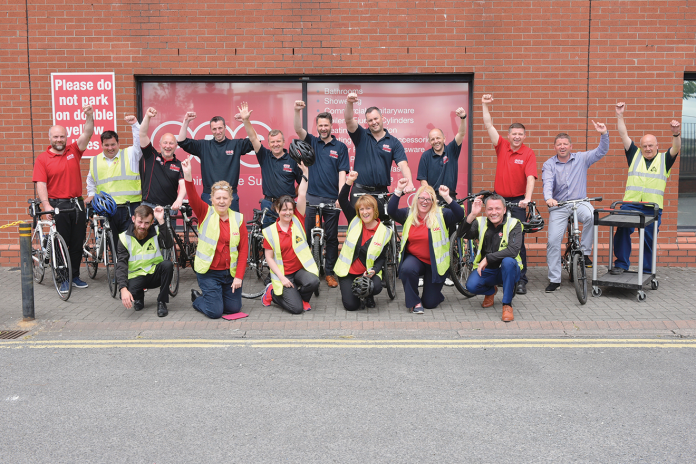 Three PTS relay teams entered this year’s Belfast City Marathon and they raised over £1,800 for the charity ‘Shine’ who provide support for children affected by Spina Bifida.

Barry Lowe, Area Sales Manager at PTS, said, “We have entered teams in the relay for the last three years and, once again, we asked staff to put forward a cause that was close to their hearts and this year we are delighted to have raised money for the important work of Shine.

“We had training sessions after work and everyone put in a lot of effort and commitment, with a special mention to Karl Hegney, Branch Manager at PTS Grosvenor Road, who ran the full 26 miles!”

Karl, a keen cyclist, was also involved in the recent cycling promotion at PTS Belfast as part of National Bike Awareness Week.

“The simple aim was to get more people involved in cycling and getting active,” explained Karl.

“We had people cycling to and from work and we also did a little at lunchtime and after work. We had a mix of experienced cyclists and people who hadn’t been on a bike for years, but we all encouraged each other. Some people have kept it up and are continuing to regularly cycle, so we’re already looking at doing something similar later this year.”