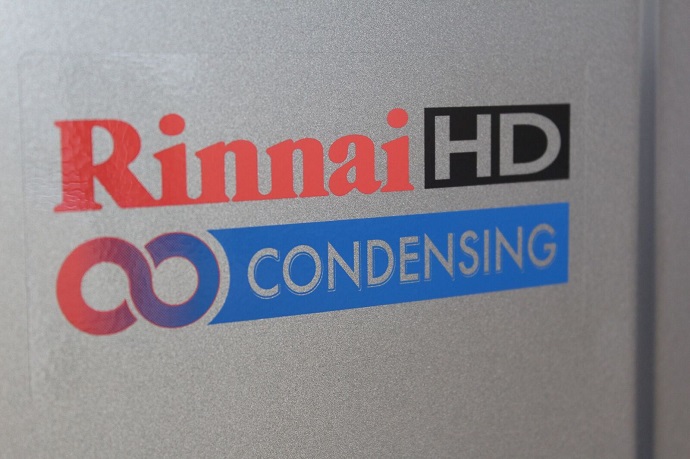 Installers and contractors are giving a new meaning to ‘digital’ media as their fingers glide across Smart phones to post glowing reports on their experiences with Rinnai’s units and customer service.

For example, one Twitter follower tweeted, “Rinnai products are hard to beat! Others should aim to be half as good!”. Rinnai leads the field in energy efficient gas-fired space heaters for large spaces and another said, on the subject of space heaters, “I wouldn’t consider any other space heater in a church or hall – also the little 309FTR (space heater) is working a treat”.

And it’s not just Twitter that is acting as a conduit for installers talking about Rinnai. LinkedIn is also playing its part. One contractor simultaneously used the platform with Twitter to post a pic of an Infinity 16i water heater installation with the comment “Awesome bit of kit!”.

Chris Goggin*, Associate Director, Rinnai UK, comments, “I couldn’t get off Twitter one night because of the positive conversations and feedback. Most of the time people go on to social media to moan or complain – unless there is something great to talk about. Obviously as a group we are doing something right.”

He goes on to say, “In the office we are focusing on customer satisfaction and the bedding in of the expanded sales team. This kind of feedback is heightening our service levels.

“It is good to know that installers recognise Rinnai is not only supplying the UK with the most reliable individual units on the market, it is also offering end-users the peace of mind that comes with having chosen the most efficient, cost effective and reliable hot water systems, too.”

Last word goes to one installer who tweets – “They (Rinnai) value the trade, answer the phone, quality product, don’t sell past us, or expect us to sort design flaws!”.

For more information on the RINNAI product range visit www.rinnaiuk.com or connect on Twitter – @rinnai_uk

* Chris himself is no stranger to social media. He recently used Facebook to record an interview with Alex Gerrard of Widnes Vikings. Rinnai is sponsor of the rugby league side and Chris tweeted – “An impromptu Facebook live interview with @agerrard1 and Chris Goggin about our sponsorship with @WidnesRLfacebook.com/widnesvikingsr”