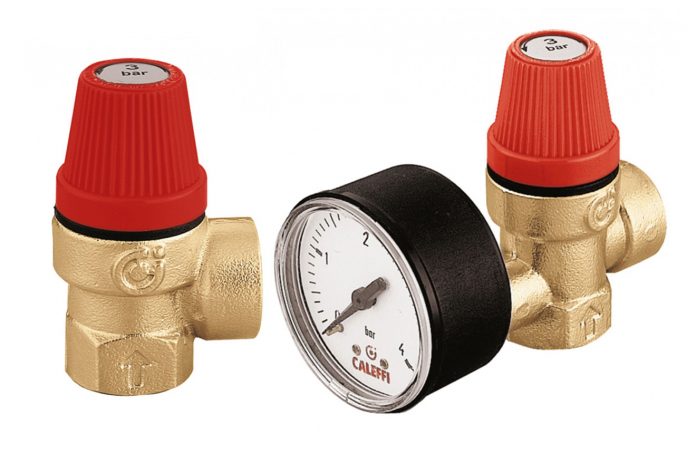 The safety relief valve (SRV), also known as a pressure relief valve, is principally a safety device and in many cases provides the final safeguard. A SRV is not a process valve or pressure regulator and should not be misused as such. It operates for one purpose only: overpressure protection

COMMON SRV ISSUES
If the valve is passing water, then the system has reached the pressure set point of the SRV, so the valve has activated – this is exactly what the valve is designed to do. The most common reasons for activation are an incorrectly sized expansion vessel, incorrect pre-charge setting in the vessel or a failed expansion tank – so there is nowhere for the expansion to go. Occasionally the system pressure may be correct but the valve has activated and has not correctly re-seated. This can be due to a few factors, which include:

• System debris is sitting under the seat, not allowing it to re-seat correctly
• System pressure has not reduced significantly for the seat to drop and is being held open via pressure
• System pressure is very close to set point of the valve; the water can create a valley so water can pass through

INSTALLATION GUIDELINES AND REGULATIONS
In a sealed heating circuit building regulations state, where possible, to install an SRV close to the heat source on the flow circuit. It should be installed in the cold water supply before the water heater, ensuring that there are no other fittings or narrowing of pipework between the water heater and the valve.