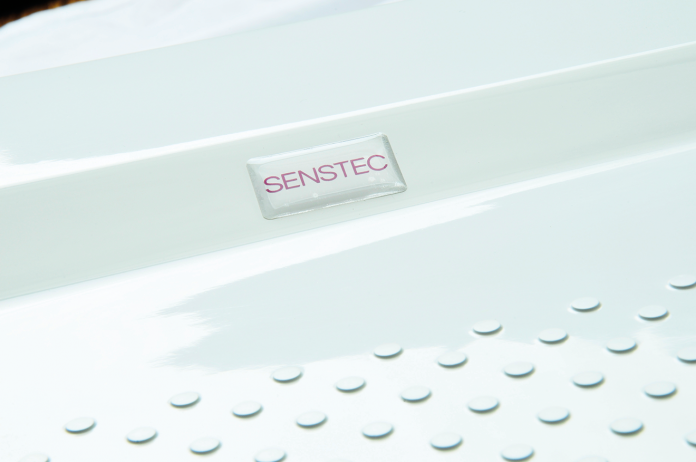 Classic Marble (Showers) Ltd is leading the way in the development of the next generation of anti-slip shower trays with the SENSTEC range.

“There was only one real option for us and that was to educate,” said Classic Marble Ltd Managing Director, Christopher Hackett.

“In one of the previous articles I explained that in accordance with EU Construction Products Regulations and EN 14527, all manufacturers of shower trays sold within the EU must have their shower trays CE marked. It can then be a shock to many when it is brought to their attention that for a shower tray used in a barefoot, wet and soapy environment that no test methods for defining slip resistance are defined. The only reference in the entire document comes in the form of an Annex B at the end, and is so short the exact phrasing is “When wet, the surface of the majority of shower trays will show an increase in the potential for slipping. This is particularly the case when soap, shampoo, bath oil, etc are used. It is important that designers, installers and users are aware of this.”

“In the SENSTEC User Experience testing carried out by the Podiatry Department of the University of Ulster 60% of subjects reported some previous experience of a slip or a fall whilst showering. This is six out of 10 people which the standard recognises by stating and I paraphrase- ‘Slippery when wet, be aware’

“So then, what is an anti-slip shower tray? We can all go and purchase an anti-slip shower tray but what are we buying and what are we being sold? How is it made, what tests have been carried out, is it easily cleaned, is it comfortable, are there any limitations on use? None of these questions defined in the European Norm- so I’m afraid you’re on your own for all these answers. It is fair to say that because of a lack of standard that a lot of confusion exists in the market when it comes to anti-slip shower trays. Confusion is bad for everyone and in particular the end user.

“The learning aim of the CPD is to allow you to compare anti-slip shower tray alternatives on the market and to be able to interpret the anti-slip data in relation to shower trays. This will allow you to have informed discussions with architects, specifiers, manufacturers, installers and ultimately your customers.

“We cover what a PTV is and how it is related to a risk factor of slipping as well as the ABC rating. Importantly we look at what values the Health and Safety Executive look at and also what is the Health and Safety Authority of Irelands preferred method of test for specification or legal action. To date we have had 100% positive feedback on our CPD, with 98% of whom would recommend it to their peers. If you would like to take delivery of the CPD please contact us.