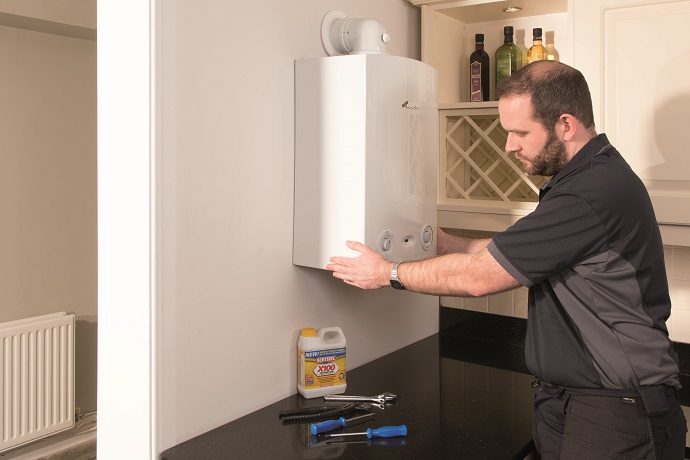 The SystemCare schedule of chemical cleaners, corrosion and scale inhibitors, and test kits – in tandem with bespoke training – has proven a real success since it was first taken up by the local authority in 2006.

The City Council is a unitary authority made up of 35 wards that accommodate around 21,000 council homes comprising gas-based heating systems. One of the Council’s goals is to provide high quality, valued services to its tenants while maximising value for money. As a result, it takes great pains to measure the performance of its housing services over time – including how it compares to similar organisations – and is always looking for ways to improve. “In 2006 we took the decision to review our existing heating systems,” said the Planned Programmes Manager at the City Council. “A lot of the existing systems had been poorly installed and had bad circulating water content, which meant that our boiler breakdown rates and costs were much higher than they should have been.”

As part of the review, the local authority adopted Sentinel’s SystemCare programme to help improve the quality of water in its heating systems, thereby ensuring long-term protection from corrosion and limescale. SystemCare is a proven, added-value service that couples Sentinel’s high quality products with free audit, training and support packages customised to suit requirements. By promoting the implementation of water treatment best practice, SystemCare helps to deliver the dependable and efficient performance of boilers and heating system components – ultimately lowering maintenance, repair and associated labour costs.

SystemCare truly encompasses the ‘Sentinel System’, a three-step programme of clean (to prepare for better performance), protect (to prolong system life and efficiency) and maintain (to ensure durable protection) for best practice treatment of heating and hot water systems and unrivalled protection across its lifetime.

The City Council buys its materials through the local branch of a major heating and plumbing merchant. Regarding the contractor, the council used property services giant, Connaught, until it entered administration in 2010. Although SystemCare was already in place, the loss of its contractor prompted a shift in strategy with the local authority taking on the contract itself and using the existing installation company for labour and sundry materials, along with its own in-house team. Around 22 installations a week are performed by the contractor and six by the City Council.

A key component of SystemCare is testing water quality and inhibitor levels in order to confirm that a system has been correctly treated. In the City Council’s case, testing was especially important as it had helped the council successfully negotiate extended warranties with its preferred boiler suppliers. These extended periods of guarantee are dependent upon a planned programme of water treatment, in this instance as delivered by Sentinel’s SystemCare. All major boiler manufacturers endorse and recommend Sentinel products in their boiler installation manuals as they understand that systems treated correctly with high quality products rarely give rise to problems.

One unforeseen difficulty was the local authority’s adoption of the administration process for water sample testing, a function previously performed by Connaught. Because the City Council is reliant on test results to keep the warranties valid, the administration process needed to be thorough and well managed. However, at first there were incidents that included the loss of test results in the post and installation engineers accidentally leaving samples in vans. The City Council realised that the administration techniques required to keep on top of the testing were missing and called on Sentinel for assistance.

Sentinel created a bespoke solution for the City Council, headed up by Sentinel’s South West Business Manager, Ian Brookes. In order to avoid samples going missing and streamline the City Council’s administration process, Ian suggested that test result samples should be sent off in weekly batches of 30-40, instead of dribs and drabs. He also arranged for the laboratory to confirm the receipt of each batch so that in the eventuality that any were lost in the post they would be identified quickly. A spread sheet system was also created to ensure that all batches and results were recorded for the purposes of future traceability.

As part of the SystemCare service, Ian also scrutinises each batch of results to weed out any oddball figures. He then follows these up to identify the root cause of the problem. Similarly, graphs were put in place showing progress in laboratory turnaround times and pass rates for the City Council installers – Sentinel delivered training to the installers to help them improve first time pass rates as they were sometimes failing to meet the set target.

“Since the training and awareness schemes put in place by Sentinel we are seeing first time pass rates of 90-95%, which is a big improvement,” said the Council’s Planned Programmes Manager. “Furthermore, if they fail, a retest is now completed at the installer’s expense, so there is plenty of incentive to get things right first time.”

Every year, the City Council installs a new heating system at around 1,800 properties. As a result, in the eight years since the local authority has been exploiting the benefits of SystemCare, approximately 14,400 council homes have enjoyed the benefits afforded by the Sentinel System of clean, protect and maintain.

“We do our own maintenance so I can state categorically that we’ve witnessed far less boiler breakdowns since adopting SystemCare from Sentinel,” he concluded. “Obviously we don’t have any costs during the extended warranty periods, but even beyond the guarantee we now experience far fewer boiler-related call-outs thanks to the water treatment programme.”