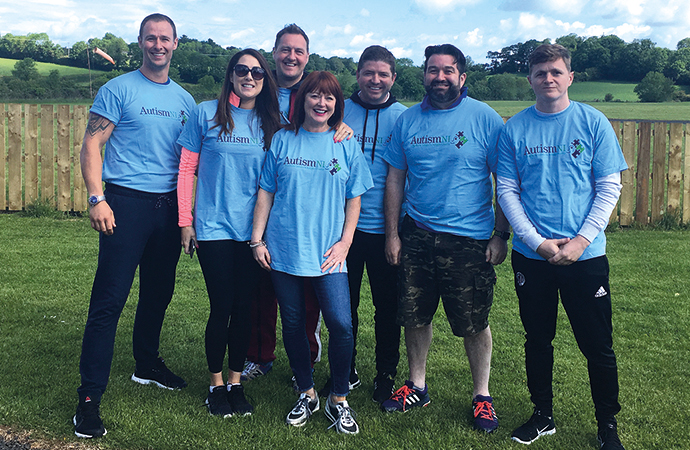 Barry Lowe, PTS; Victoria and Paul Scott, Safegas NI; Mark Crawford, MD Ireland; Catherine Russell, Vaillant; and Peter Doyle, 1st Call Plumbing & Heating, all completed a skydive in aid of the local charity in June, bravely jumping out of a plane at 13,000 feet! They were ably supported by Graham Wallace of Graham Wallace P&H, who is also a jump master.

The fundraising escapade began following a conversation between Barry Lowe and Victoria Scott, with various individuals convinced to take part along the way.

“Victoria climbed Ben Nevis last year for Autism NI and really wanted to do something again, so we somehow decided to sign up for the sky dive and then managed to rope a few others in,” explained Barry. “It was a daunting experience but definitely worthwhile as we’ve raised over £3,000 for Autism NI – a parent led partnership organisation formed to promote positive collaboration between parents, professionals and individuals with Autism. We would all like to thank everyone who has supported us!”