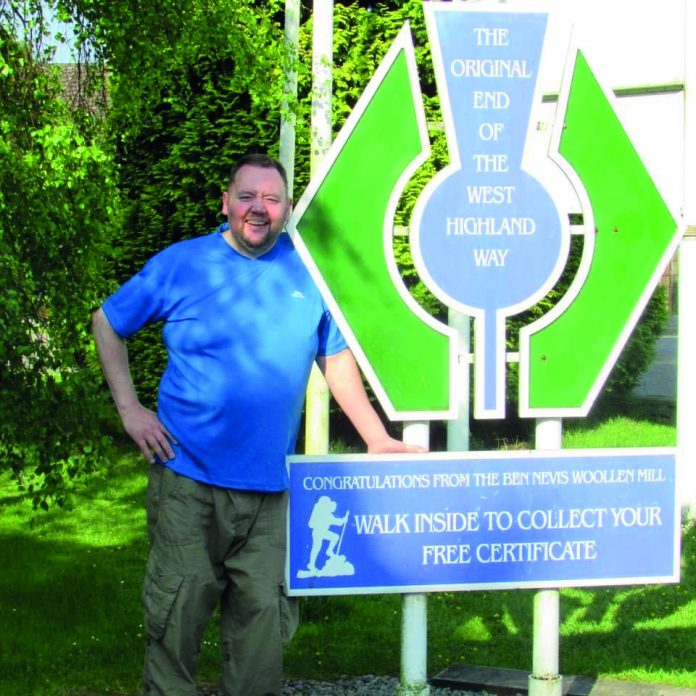 The manager of the Plumbmaster Bangor branch, John Weatherill is undertaking a trek challenge to raise funds for Inspire NI. The Portavogie man, known to his family and friends as Tiny, is completing the full distance of travelling from Lands End to John O’Groats, a total of 864 miles in 90 days.

Tiny is completing most of the challenge virtually, at home on his treadmill, and the ‘Last Leg,’ 62 miles, will be completed on foot. Tiny’s Treadmill Trek will run for 90 days. The challenge commenced on 25, March with the completion date set as 25, June and he has planned to complete nine to 10 miles per night.

The day before his completion date, Tiny will set off from Haldane Fisher, Newry and walk the length of 62 miles to Haldane Fisher, Enniskillen. And in true Tiny style, he has added a twist to this last segment of the trek. The avid walker will also carry an amount of weight on his back, as homage to the weight he has lost through walking.

Speaking to Ireland’s Heating & Plumbing Magazine about the fundraiser, Tiny said he felt inspired by his own father who enjoyed walking and completed the Loans End to John O’Groats trek.

“My own walking journey has been inspired by my father who loved the great outdoors. I have lost a total of 10 stone through walking, and I wanted to pay homage to that weight loss in this trek.

“Back in 2019, as part of Plumbmaster’s fundraising efforts, I walked from the Coleraine branch to the Newry branch carrying a boiler on my back as well as sleeping rough at each branch on the journey.

“I enjoy a challenge and it’s all for a great cause too” he added.

Each year, the managers at Plumbmaster put forward a charity they would like to become the nominated choice for that year. This year, Inspire NI, formerly Addiction NI was picked. Tiny explained that the charity has been very engaging, assisting with donation buckets across the branches and support and advice. Inspire NI provide professional advice and support to anyone affected by drug and/or alcohol misuse, mental health, and wellbeing.

Tiny has received lots of support from his Plumbmaster team and work colleagues with some joining him on the ‘Last Leg.’

Tiny hopes to raise £2,000 with his fundraiser and welcomes all donations. These can be made at any Plumbmaster branch throughout Northern Ireland or online at: https://justgiving.com/fundraising/tinytreadmill