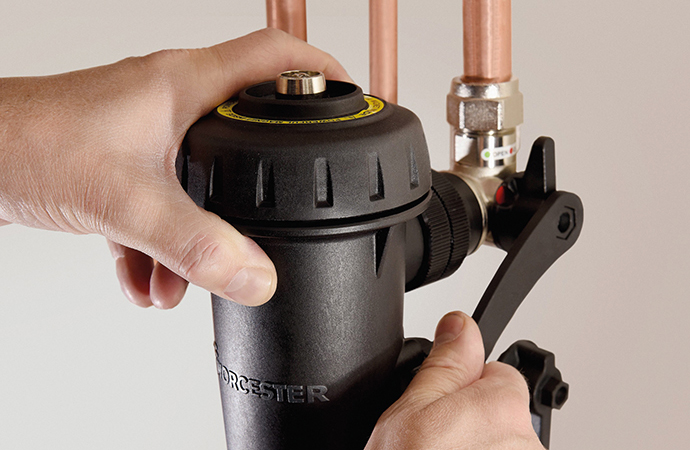 Thanks to recent developments, the latest generation of gas boilers is not only more efficient than ever before, but these appliances are also as efficient as they are ever likely to be when used in isolation. With customers always looking to save on energy costs, there are plenty of accessories available on the market which serve to achieve optimum performance and improve energy efficiency.

Evidence still suggests that millions of domestic properties in the UK are fitted with just a basic level of control – or in some cases, without any at all. Although a simple entry-level control is suitable for some users, smart internet-connected devices have become incredibly popular amongst home-owners. Not only do smart controls offer the convenience of managing your heating whilst on the move but they can also be beneficial when it comes to maximising efficiency. Devices such as Worcester’s Wave smart control now include built-in elements such as load and weather compensation, allowing the boiler to automatically adjust its performance according to outside weather conditions in order to maximise efficiency.

Power flushing or gravity flushing a system is vital to keeping the boiler running as efficiently as possible. In addition to checking the water quality for any signs of corrosion, a full system cleanse will also prolong the life of both the boiler and any ‘water facing’ components.
Once the pipework has been flushed, it’s recommended that a magnetic or cyclonic cleansing filter, such as Worcester’s Greenstar System Filter, is added to the system. This will complement the process by assuring the long-term protection of an appliance by collecting any contaminates that may not have been removed during flushing.

Although a boiler may be widely regarded as a distress purchase, regular servicing should be considered a vital part of the whole-house approach to warmth and efficiency.

While annual boiler servicing is not currently a legal requirement for homeowners, the long-term benefits of carrying out this process should not be underestimated. Many manufacturers now even stipulate that an appliance must have a yearly service in order for any warranty to remain valid.

By carrying out frequent check-ups, heating engineers can proactively change any component of the boiler which looks like it is wearing. This will extend the lifespan of the appliance and help to mitigate ever-rising energy bills by ensuring optimum efficiency.